Race & IQ Redux: Turns out the smartest kid in the World is an African

New figures for the world-renowned PISA test were released in December thrusting the Race and IQ debate back into the limelight.  There has been little change since the prior year’s results were released.  Countries on top stayed in place, such as China, South Korea, Singapore, Estonia.  The UK, United States and Australia were up near the top.

According to International Business Times (IBT),

The study assessed 600,000 15-year-old students in 79 countries and found most countries have seen no improvement in student performance since the study was first conducted in 2000 despite increased spending on education. [Emphasis added]

“Beijing, Shanghai, Jiangsu and Zhejiang (China) and Singapore scored significantly higher in reading than all other countries/economies that participated in PISA 2018. Estonia, Canada, Finland and Ireland were the highest-performing OECD countries in reading.”

The country with the highest percentage of top-performing students in at least one subject was South Korea with 26.6% of students performing at level 5 or 6. Mexico had the smallest percentage at 1.1%. The United States had 17.1%.

Consistently at the bottom of the list in math, sciences and reading were Panama, Dominican Republic, Kosovo, Lebanon and the single participating country from the African continent, Morocco.  See Executive Summary PISA doc for full results, tables and graphs.

PISA and IQ scores simply tell us that some populations perform better. They do not tell us that one race is superior to another… But, in order to make the necessary adjustments to increase the performance of those who lag behind, we need to listen to the uncomfortable truths that these assessments may convey to us—rather than mindlessly tearing our garments upon hearing that some populations are finding themselves smarter than others. [Emphasis added] 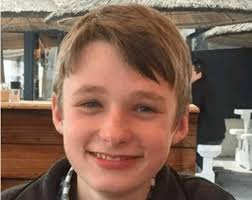 On the heels of the new report comes news out of South Africa.  He’s being hailed by some as a boy genius and possibly the smartest kid on the planet.  Interestingly, he doesn’t fit the typical ethnic group deeply ancestral to the African continent.

A young man, Hjalmar Rall, has bagged his first degree at the age of just 17 – The prodigy graduated with a BSc degree in Physics at Tuks – He now plans on pursuing a honours degree before going to America.

In 2017, a then 14-year-old Hjalmar Rall moved from the Western Cape to enrol in a physics degree at the University of Pretoria. Now, the young man has graduated with his first degree at an age that is younger than most first-year students.

An article featuring Hjalmer Rall in the London Sunday Times, in 2017, noted that he was home schooled.

“We hadn’t read up on gifted children,” Heinrich says. “But school was destroying him. We had no choice but to take him out.”

Of note, the piece was titled,

Help! My child’s a genius: parents of SA’s gifted kids are riddled with anxiety

But the feature photo in the article was an 8-year old ethnically African girl named Chequita, also gifted.  Curiously, no photo of Hjalmer, who is white, accompanied the piece.  This, despite the fact that he was the feature student in the piece.

[Hjalmer] wants to study astrophysics and wants to continue with theoretical physics with specific reference to extra dimensions, parallel universes, and the warping of space time.