Nathan Cofnas, you’re about to learn “why people… avoid fucking with me” — Prof. Mark Alfano, Univ. of Oregon 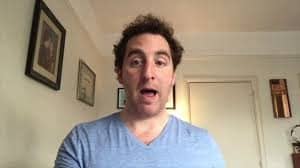 Nathan Cofnas is a PhD candidate in Philosophy at the University of Oxford in England.  He is generally regarded as in the evolutionary psychology realm.  Recently he received a spate of media attention for his research on vegan diets versus meat consumption.  See the BBC, Jan. 27, “How a Vegan diet could affect your intelligence.”

In late December, Philosophical Psychology published an article by Cofnas arguing in favor of debate on racial differences with IQ tests.  As the conservative-leaning DailyCampus.com April 7, at the University of Connecticut’s outlines the paper explained:

how science should allow research on group (racial and sex-based) differences in intelligence. This paper understandably caused a stir…

Nietzsche should be understood as an idiosyncratic philosopher of virtue who associates virtues less with rational dispositions acquired through habit and more with instinctual activity. — Mark Alfano, AlfanoPhilosophy.com

From his bio page:

Mark works on social epistemology, moral psychology, and digital humanities. He also maintains an interest in Nietzsche, including a recent monograph titled Nietzsche’s Moral Psychology. His papers have appeared in numerous journals, including Philosophical Quarterly, Mind, Journal of the American Philosophical Association, The Monist, Erkenntnis, Synthese, and the British Journal for the History of Philosophy.

Alfano argued in an intro for a petition to silence Cofner sent to social scientists around the country, at Change.org.

Philosophical Psychology, an academic journal in the humanities and social sciences, has published a paper that advocates race science. In particular, the paper disingenuously argues that the best explanation of differences in IQ scores between racial and ethnic groups is genetics.

However, the paper completely neglects the role played by environmental injustice, housing segregation, and related forms of discrimination in producing these differences. For instance, it is a well-established fact that black Americans suffer from higher rates of lead poisoning, including in utero and during childhood, than white Americans. Lead is a neurotoxin that impairs intelligence, especially in people who are exposed to it during development. The paper completely ignores this crucial environmental factor.

He then threatened Cofnas (photo) on Twitter (via Breitbart): 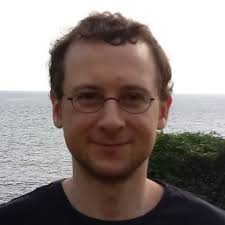 Doctoral student Nathan Cofnas of the University of Oxford is facing immense pressure from his peers in academia to retract a research paper on the relationship between race and IQ. According to Cofnas, professors and others in academia have organized a campaign to “ruin” his reputation as a scholar.

The debate on the relationship between race and IQ has been controversial for some time. Political scientist Charles Murray and psychologist Richard J. Herrnstein published The Bell Curve in 1994, which reignited the debate on this topic.

“You’re about to learn why people generally avoid fucking with me,” Alfano wrote in a tweet. [Emphasis added]

“Evolution didn’t design us to be dispassionate truth seekers. Philosophers claim to aspire to something more than naked partisanship and motivated reasoning. There are philosophers who succeed in that aspiration to varying degrees, but it’s an uphill battle.” — Nathan Cofnas

A total of 122 social science professors and humanities department academics signed the letter.

Philosophical Psychology opted not to retract the article:

Some were worried that discussions about racial differences existed primarily to give eugenicists and radical right wingers a leg to stand on.

In the interview Cofnas argues:

Something may be taboo about race science, but perhaps it is important to understand how and why taboos exist…

Historically, people with nefarious motives have indeed promoted false scientific claims about race in order to justify crimes. Presumably the hypersensitivity about this topic is in part a reaction to that history. In my view, the fact that people have used fake race science to justify evil ideologies is not relevant to the question of whether we should avoid honest, careful research.

He then criticizes Calfano for his attacks:

Nowadays philosophy is highly influenced by Twitter. Twitter mobs dictate the latest views about race and gender, which becomes the politically correct orthodoxy. Then philosophers try to justify what Twitter says…

One thing that was a little surprising was the ineptness of the attempted mob-leader, Mark Alfano. His petition was much sillier than I would have expected. He could have tried bamboozling people with some scientific argument, but there was very little content to it. Besides some ignorant assertions about the alleged role of lead poisoning in producing race differences, he basically just asserts that he doesn’t like that I addressed this topic.