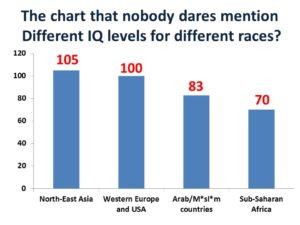 Alt-Right has a new member

The full text from a speech to the Latino and Asian Democrats club in Iowa, August 9:

“And another thing we should do is we should challenge these students. Advance placement programs in these schools.  We have this notion that somehow if you’re poor, you cannot do it.  Poor kids are just as bright and talented as white kids. [scattered applause].  Wealthy kids, black kids.” [Emphasis added.]

The media across the spectrum from Fox News to NBC News has labeled it another Biden gaffe.  From NBC:

Though Biden’s remarks were greeted with applause in the room, President Donald Trump’s 2020 campaign quickly pounced on the gaffe, tweeting out video of the speech.

“Gaffe prone presidential hopeful Joe Biden put his foot in his mouth during an Iowa campaign stop… Biden committed the stunning blunder at a campaign stop… in Des Moines.”

Biden is getting ripped from both the left and the right. At conservative blog American Thinker, Monica Showalter writes,

equating ‘bright’ with ‘white’ is pretty racist, too. What is he, a white supremacist? It unwittingly calls attention to the Democratic Party’s obsessive bean counting on race, something that dates back to its days of supporting the Ku Klux Klan and opposing desegregation. Smart move, Joe. What’s that about being white and bright again?

“Had this been a Republican who said this, it would be the end of his career.  [If Trump had said this]… absolute proof of his white supremacy.”

@JoeBiden is qualified? He will be the racist in chief. He thinks poor kids are just as bright as white kids…how racist is that?

But the other side of the spectrum:

Damn it, Joe! Just say one sentence without shooting yourself in the foot! | Joe Biden says 'poor kids are just as bright and just as talented as white kids' on the campaign trail https://t.co/seUC4J2NBC