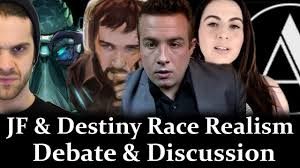 Discussions, debates on Race and IQ ran hot and heavy 5 to 6 years ago, back in the freewheeling days of YouTube.  With YouTube censorship, it has since died down.

More recently, the Race and IQ topic has reared its head again, in a somewhat unlikely arena.  Former NFL players are now suing the league, using ethnicity as an argument for greater compensation.

“race-norming,” is in use across several different medical fields as a supposed safeguard against misdiagnosis. But because these “norms” assume that the average Black player starts at a lower level of cognitive functioning than the average white player at the outset of their careers, the former players say, Black players need to show larger cognitive declines than white players to qualify for compensation.

Blacks who scored in what is normally considered the average mean range for African Americans, low to mid-90s, would be forced to argue a cognitive decline, that would put them dangerously close to the level normally considered mentally retarded.  In contrast, a White NFL player, scoring for example, 105 IQ, could successfully argue a decline to the low to mid-90s range.

According to the American Academy of Pediatrics, in a paper on mental retardation, pedsinreview.pubs: “AAMR defines the upper limit of subaverage general intellectual functioning as “70 to 75”. 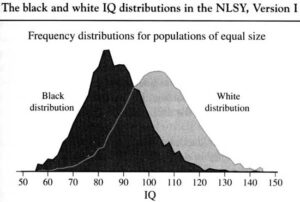 As ABC News points out, race-norming “has its proponents.”

Scott R. Millis, PhD, is a tenured Professor in the Department of Physical Medicine & Rehabilitation at Wayne State University School of Medicine with a secondary appointment in the Department of Emergency Medicine. Dr Millis is board certified in three psychological specialties by the American Board of Professional Psychology: Clinical Neuropsychology, Clinical Psychology, and Rehabilitation Psychology. He is also a Chartered Statistician (CStat) with the British Royal Statistical Society and an accredited Professional Statistician (PStat) with the American Statistical Association.

Mills was quoted in the ABC News article, “demographic factors, including race, when assessing premorbid intellectual functioning” is common place in Neurology.

“Race demographic normative adjustments, in particular, were designed and intended by the neuropsychological community to correct for the fact that certain racial groups were consistently obtaining disproportionately low scores on cognitive testing and thus were being incorrectly classified as cognitively impaired,” Millis wrote.

Accurate classification of the level of NP impairment in diverse racial groups has pragmatic clinical relevance to neuropsychologists. Without race/ethnicity-corrected scores in the clinical setting, a substantial number of normal African-Americans patients might be incorrectly classified as neuropsychologically impaired, and misdiagnosed.

Note – Race and IQ debates still manage to sneak onto YouTube.  This one, Discord Debate, with J.F. Gariepy 4 months ago.