Jack M. Haugh, a reporter with The Glasgow Times in Scotland is reporting,

Clark has claimed that efforts to make societies more egalitarian are largely futile, writing: “We have to be resigned to living in a world where social outcomes are substantially determined at birth.”

Clark is a visiting fellow at the libertarian Cato Institute.  From his bio:

Gregory Clark is professor of economics at the University of California, Davis, and author of the forthcoming book “A Farewell to Alms: A Brief Economic History of the World” (Princeton University Press, 2007). Clark’s research interests include world economic history… In addition to serving at U.C. Davis, Clark has helds posts in economics at Stanford University, the University of Michigan, and Brown University. Originally from Scotland, Clark is a graduate of Cambridge and Harvard Universities.  [Emphasis added]

Clark first gained notoriety in 2014.  He had an opinion piece on IQ published in the NY Times. 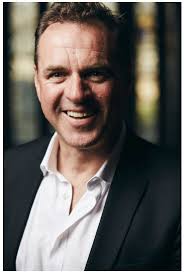 Sandy Hingston reported on a new study by California economics professor Gregory Clark, which claims genes, not social factors, are why it’s so hard to move up the socio-economic ladder these days…  a shiver ran down my spine.

Galton founded the pseudo-science of Eugenics. He used a bastardized version (sic) of his cousin Charles Darwin’s theory of Natural Selection to argue what Clark argues: that genetics explains why elite families and groups remain on top from generation to generation, while the rest of us have a tougher time…

Clark has every right to freely conduct his research and publicize his arguments. But in the name of sound policy, good scholarship, and an ethical society, his ideas should be critiqued and opposed at every turn. We can’t afford a 21st century Francis Galton.

Now in 2021, Clark doesn’t even have the right to publicize his arguments.

“So Galton was correct after all…”

Dave Clark, a self-described science geek, followed up with:

“I.Q. is definitely the elephant in the room.  And as soon as you mention it.  You get kicked out of the room.”

Fortunately Prof. Clark does have his defenders.  Niall Ferguson, also at Stanford called his cancelling “grotesque”:

“As if to illustrate my warnings about wokeism at UK universities, Greg Clark’s talk at the University of Glasgow was just ‘postponed… [including by] woke elements in the sociology department”.