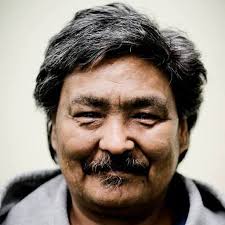 Solutrean hypothesis has been receiving renewed interest with new archaeological evidence emerging complicating the original narrative of populating of the North American continent.

A baby girl who lived some 11,500 years ago survived for just six weeks in the harsh climate of central Alaska, but her brief life is providing a surprising and challenging wealth of information to modern researchers…

The baby’s DNA showed that she belonged to a population that was genetically separate from other native groups present elsewhere in the New World at the end of the Pleistocene. Ben Potter, the University of Alaska Fairbanks archaeologist who unearthed the remains at the Upward River Sun site in 2013 , named this new group “Ancient Beringians.” 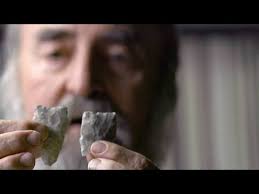 Now comes a surprising twist, from the complete nuclear genome of a Siberian boy who died 24,000 years ago—the oldest complete genome of a modern human sequenced to date. His DNA shows close ties to those of today’s Native Americans. Yet he apparently descended not from East Asians, but from people who had lived in Europe or western Asia. The finding suggests that about a third of the ancestry of today’s Native Americans can be traced to “western Eurasia,” with the other two-thirds coming from eastern Asia, according to a talk at a meeting* here by ancient DNA expert Eske Willerslev of the University of Copenhagen. It also implies that traces of European ancestry previously detected in modern Native Americans do not come solely from mixing with European colonists, as most scientists had assumed, but have much deeper roots.

“The mysterious people known as Paleo-Indians, whom some believe were actually Europeans known as Solutreans, inhabited the area 10,000-14,000 years ago. Native peoples have lived here ever since.” — Joe Barrera, Ph.D., is the former director of the Ethnic Studies Program at UCCS, Colorado Gazette, Nov. 7, 2019

Adam Gingrich, Co-host: I want them [my kids] to have that shield of knowing that my beliefs that were passed down to me from my parents and grandparents, which is every bit as powerful as your religion. Your respect for your lineage, is just not altogether different than your religion.   And it’s not about, don’t introduce to me terms about ethno-nationalism or whatever.  You know the only ethno-nationalists that can possibly exist in America?  You know who they are?  Native Americans.

Glenn Harmon, Host: Yeah, but they’re not even Americans. They themselves say that they walked the land bridge.

Adam Gingrich: I don’t even give a shit about some goddamned Bering Straights crossover from Siberia 17,000 years ago.  Point is you white nationalist who want to make your stand here in America, it’s kind of ridiculous. The point is we came here, and we took it. We took it. The whole purpose of Manifesty Destiny was not to purify it.  I was asserting out will… but you are not going to call yourself an originalist, a nativist unless you’ve been screwed over by this country for over 300 years.