“discovery shows that old tools were being used 11,000 years ago in West Africa which is almost 20,000 years later” than other regions — News 18 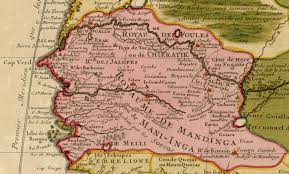 As the headline at Ancient-Origins succinctly suggests,

We now have solid archaeological evidence that some populations in Africa evolved much slower than other tribes across the Continent and in Eurasia.

[A] new paper suggests some ancient people living in Africa 11,000 years ago were still using simple tools, while other groups had developed more advanced technologies 20,000 years previously. This directly challenges the traditional theory that humans evolved in a linear fashion, making technological advances together, and proves humans evolved at greatly different rates around Africa, and the world.

A number of flaked stones were discovered and more recently dated in Sengal.  The process of this archaic tool making is known as hafting.

This new finding made by the Max Planck Institute indicates that humanity may have evolved at different speeds around the world.

The archaeological discoveries were found in Senegal on the West coast of Africa. It supports the idea that during the prehistoric times, most groups of humans were isolated from each other.

The lead author of the Study is Dr. Eleanor Scerri.  From the Max Planck Institute, mpg.de:

Archaeologist Eleanor Scerri and her team are studying human evolution and demography in Africa and South-West Asia. She combines field projects with various approaches from archaeology, genetics, biogeography and climate sciences. One particular focus of her work is West Africa, one of the least understood regions of the continent with regard to human evolution.

As the press release from the Max Planck Inst. suggests, it was long believed that human populations, even in Africa, had abandoned rudimentary, Homo habilis-like tool making, some 30,000 years ago.

This repertoire of stone flaking methods and the resulting tools includes distinctive ways of producing sharp flakes by carefully preparing nodules of rock, some of which were sometimes further shaped into tool forms known as ‘scrapers’ and ‘points.’ Middle Stone Age finds most commonly occur in the African record between around 300 thousand and 30 thousand years ago, after which point they largely vanish.

But thanks to Dr. Scerri and her team we now know primitive tool making did not vanish in West Africa.  As to why these Africans had a retarded development, Scerri suggests lethargy.

“habitat stability may simply have resulted in little need for radical changes in subsistence, as reflected in the successful use of these traditional toolkits.”

West Africa a “wellspring for our species’ genetic diversity”

Scerri and her co-authors including Dr. Khady Niang, and the well-known paleontologist Hugh Gowcett, suggest in their paper, published by Nature.com, that these Africans may not have had the sufficient brain development.

the transition [to advanced stone tool making] was so dramatic as to suggest it was caused by a cognitive mutation that marks the appearance of truly ‘modern humans.

Finally, they hint at a genetic component.

genetic analyses highlight West Africa as a key wellspring of our species’ genetic diversity, with some studies even suggesting contributions from past African archaic populations…

See our article here at Subspecieist “Shock from Cameroon burial site: Rare Haplo-type Afros may be descended from another Hominid species”.  Also, YouTube video on “Stone Age Tools and Weapons” by EP5Valterna.  Finally, our interview with Neanderthal Joe on Levallois tool making technology from Dec. 2019.