Did Chris Stringer get it half right? Modern Asians have Homo erectus DNA through Denisovan introgression?

The month of December, 2019 is proving to have been an extremely important period in the study of Human origins.  As we reported here on Dec. 17, “London Museum’s Chris Stringer now asserts Homo erectus contemporary with modern Humans.”

Chris Stringer, Director of the London Museum of Natural History, has a fascinating new lecture on YouTube.  It is from November 17, a sort of Year-end review of new archaeological and human origins finds, titled, “Where we are Now.”  Stringer, an often self-deprecating, jolly sort, is a bit of a rare bird in anthropology.  To his great credit, he is more than willing to admit when he is wrong.

And from his magnificent video:

“There is great diversity within humans over the last 2 million years. Even within the last 75,000 years there were at least five kinds of humans on the earth. I would say probably six.  But let’s say at least five. So Homo sapiens had been evolving in Africa. The Neanderthals had been evolving in Eurasia, Western Eurasia. Over on the island of Flores, we have this weird dwarf species, Homo florinsienses.  In Siberia, still mainly known from genetic data we have these people called the Denisovans… And more recently from the Philippines on the island of Luzon, we have another kind of human, Homo Luzonensis.

I would argue that Homo erectus was still around 70,000 years ago on Java… [Emphasis added]”

It now appears Stringer was on to something, and something big.  But he may not have gotten it exactly right.

The Chinese have maintained for decades that they are direct descendants of Homo erectus.  Western liberal anthropologists and researchers have been contemptuous of that view, even to the point of insulting the Chinese.  See this video of UK-based anatomist, leading Out of Africa-ist and darling of the BBC Alice Roberts challenge China’s top anthropologist Dr. Wu Xinzhi:

Now this from University of Queensland News, Australia, Dec. 19,

Modern humans and Homo erectus did not co-exist in Java, study shows 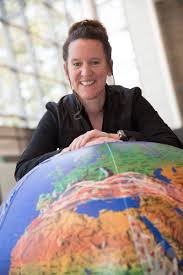 In a study reported today in Nature, The University of Queensland’s Associate Professor Michael Westaway and Professor Jian-xin Zhao helped to establish the age and a new chronology for “a critical site for understanding the later stages of human evolution”.

“This tells us Homo erectus lived to Australia’s north just before Homo sapiens arrived on the Australian continent 65,000 years ago,” said Dr Westaway, from UQ’s School of Social Science.

At first glance it would appear that Stringer got it wrong.

“Palaeoanthropologists have argued for years that Homo erectus may have had some genetic contribution to modern human populations migrating through the region, but there is no fossil evidence supporting this,” he said.

Modern genetic research in Indonesia and Papua New Guinea showed there were probably two lineages of another ancient hominin population called the Denisovans.

“The new age estimates from Ngandong indicate that Homo erectus and the Denisovans probably overlap in the region, or at least met at some time before 100,000 years ago,” he said.

“This may mean some of the unique traits that have been recognised in the skulls of very late Homo erectus fossils at places like Ngandong may in fact be a result of a mixture of two archaic populations – Homo erectus and the Denisovans.” [Emphasis added]

This very likely confirms that modern East Asian populations including the Han Chinese, have Homo erectus DNA through their Denisovan lineage.  It is estimated that the percentage of Denisovan DNA in modern Asians is between 2 to 4%.

Ancient humans procreated with at least four other species

A combination of archaeological and genetic data also indicates that modern humans mated with Denisovans — another ancient hominid — in eastern Eurasia, maritime South Asia, and later towards Australia. And because East Asians have a second set of Denisovan genomes not found in the DNA of South Asians or people of Papuan descent, scientists believe interbreeding between Denisovans Homo sapiens happened during at least two independent episodes.

Finally, one of the authors of the new study, Kira Westaway (photo) adds intriguingly in an accompanying article at theconversation.com, “When did Homo erectus die out? A fresh look at the demise of an ancient human species over 100,000 years ago”:

we know that modern humans were in the same region in Sumatra (Lida Ajer) by 73-63 ka – but still not early enough to have overlapped or interacted with the Ngandong Homo erectus. But there were modern humans in Africa at that time.