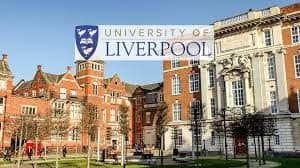 Subspeciest.com Editor Eric Dondero and Contributing Editor Paesur Bay had an exchange with Adam Benton on Twitter on May 14.  Benton generally takes an anti-Race Realist view, believing that Homo sapiens have the least DNA variation of all modern primate species.

After repeated queries, Benton conceded that modern European ethnics could be as high as 6% Neanderthal DNA.  Ph.D candidate Benton agreed with the standard line of 2 to 4%, but then added that it could be “a bit higher,” than 4%, possibly by 1 to 2%.

[Max Plank Institute’s Kay] “Prüfer and [Svante] Pääbo say that, based on the new high-quality genome, modern populations carry between 1.8 to 2.6 percent Neanderthal DNA—that’s higher than the previous estimates of about 1.5 to 2.1 percent. More specifically, East Asians have about 2.3 to 2.6 percent Neanderthal DNA, while people from western Europe and Asia have retained about 1.8 to 2.4 percent DNA.”

Comical ignorance. Here's Paabo saying Melanesians are 7.5% #Neanderthal. They all say it lately. Yeah, this is a collector's item…https://t.co/fbLfrLH63i

And yes, on the level of genes (non-trivial to genetics) non-Africans are over 50% #Neanderthal pic.twitter.com/hIzbGzmu3q