The US has almost 3,500 accidental drownings every year, almost 10 a day.

But according to the US Centers for Disease Control and Prevention, the fatal drowning rate of African-American children aged five-14 is three times that of white children…

Just under 70% of African-American children surveyed said they had no or low ability to swim.

Now a new study has been released strongly suggesting Neanderthals were much more aquatic than previously believed.  The MalayMail asks provocatively,

What do surfers, kayakers and Neanderthals have in common? … unless Neanderthals were chilled out dudes trying to catch the perfect waves, the findings may mean they were involved in fishing far more frequently than the archaeological record suggests, the scientists behind the study published in journal PLOS One said. 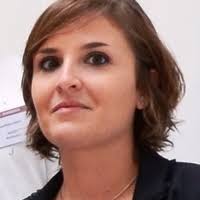 External auditory exostoses (EAE) have been noted among the Neandertals and a few other Pleistocene humans, but until recently they have been discussed primary as minor pathological lesions with possible auditory consequences…  [Neandertals] exhibit an exceptionally high level of EAE (56.5%; 47.8% if two anomalous cases are considered normal). The levels of EAE for the early modern humans are well within recent human ranges of variation, frequencies which are low for equatorial inland and high latitude samples but occasionally higher elsewhere…

Given the strong etiological and environmental associations of EAE development with exposure to cold water and/or damp wind chill, the high frequency of EAE among the Neandertals implies frequent aquatic resource exploitation, more frequent than the archeological and stable isotopic evidence for Middle Paleolithic/Neandertal littoral and freshwater resource foraging implies. As such, the Neandertal data parallel a similar pattern evident in eastern Eurasian archaic humans. Yet, factors in addition to cold water/wind exposure may well have contributed to their high EAE frequencies.  [Emphasis added.]

Later in the study:

there is a strong, but not deterministic, relationship between cold water exposure (especially when associated with wind chill) and the prevalence of EAE…

It remains likely that the high level of EAE among the Neandertals, and the E/MUP (Early/Middle Upper Paleolithic), samples given its paleoenvironmental context, is due in part to the exploitation of aquatic resources… [It] is matched only by those who experienced cold water maritime climates…

Note – Sub-Saharan Africans have 0 to near 0 percentages of Neanderthal DNA.  Additionally, Sub-S African archaic ancestors did not have “cold water maritime” climatic conditions.

New evidence that Neanderthals got surfer’s ear suggests our extinct relatives spent a lot of time in the water. They probably weren’t catching sick waves, but instead they were perhaps hunting fish, mollusks or other marine resources… [The] condition in Neanderthals and early humans, suggests that it was an evolutionary adaptation to early hominins diving into cold lakes, rivers and seas to collect food.

Video on YouTube by Nick Chitty explaining Surfer’s ear.  As Chitty explains, the phenomenon is not limited to surfer’s, but is experienced by wind surfers and  jet skiers, as well.