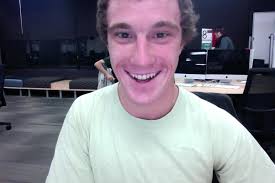 Nathaniel Scharping says what many others are unwilling to admit

Nathaniel Scharping, is Science writer and graduate of the Univ. of Wisconsin in Madison.

At his profile page at Aboutme.com, while in college he wrote: “Ultimately, I would love to write for National Geographic or something with a similarily cultural and environmental focus.”

He is now an Assistant Web Editor of Discover Magazine.

Of particular interest to readers of Subpecieist.com,  Scharping has had his writings carried by Alex Jones and InfoWars.  See April 24, 2018,  “Uranus Smells Exactly How You Think It Does,” Astronomy, InfoWars.com

On June 24 Scharping published a lengthy and detailed piece in Discover Magazine.  It has been picked up today, July 3, by GeneticLiteracyProject,

Scharping’s piece includes many startling admissions that one would not expect to see in a mainstream, left-leaning science publication.  For example, he opens: 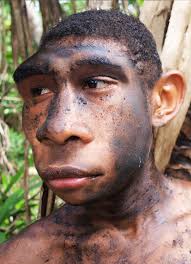 When the Neanderthal genome was first sequenced in 2010 and compared with ours, scientists noticed that genes from Homo neanderthalensis also showed up in our own DNA. The conclusion was inescapable: Our ancestors mated and reproduced with another lineage of now-extinct humans who live on today in our genes…

Genes from Denisovans and Neanderthals are not present in everyone’s DNA — for example, some Africans have neither, while Europeans have just Neanderthal genes. But, these genetic echoes are loud enough to stand out clearly to scientists.  [Emphasis added.]

Scharping goes on to call the discovery of ancient DNA in modern humans “shocking,” and suggests the introgression “enriched” Eurasians today.  Continuing:

Those interbreeding events [with Neanderthals and Denisovans], also called introgressions, did not create a new species of human — they enriched an already existing on.

Other researchers looking at the DNA of African hunter-gatherers today have used similar methods to find what they say is evidence that the ancestors of those groups mated with other hominins on the continent tens of thousands of years ago… the largest study, published in 2011, looked at the DNA of 61 Africans from the Mandenka, Biaka and San tribes.

Based on their modeling, the researchers say that around two percent of the African genomes they sequenced came from a mysterious group of ancient hominins.  [Emphasis added.]

Note – Few science writers have been willing to go so far as to explicitly state that Sub-Saharan African admixture with primitive hominids is at 2%.