Actor Ron Perlman is known for his character role in 1981’s Quest for Fire, also Hell Boy and more recently Netflix’s Sons of Anarchy. He has been a vicious critic of the Trump administration.  In a video back in July, Perlman said: 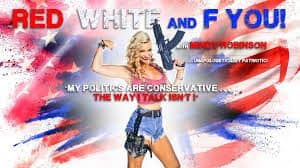 “Trump isn’t the president of anything.  He’s just this fucking guy who has an insatiable need to… insatiate himself to the things that I listed, which again are money, power, attention…  and this sick and twisted part of it all, is I don’t know, he’s managed to resonate in a sector of this country, that just blows my mind…”

According to Breitbart, Nov. 5, Perlman attacked the GOP again,

Ron Perlman: Mitch McConnell ‘One of the Biggest Cun*s’ in U.S. History

Far-left Hollywood actor Ron Perlman is once again attacking Republicans, this time, calling Senate Majority Leader Mitch McConnell “one of the biggest cunts” in U.S. history, and ignoring Joe Biden publicly stating that it’s “time to heal in America” and bring a divided nation together.

“Mitch, you’re going to go down in the history books as one of the biggest cunts in US politics, and I’ve never seen anyone work harder for the title,” tweeted Perlman on Thursday. 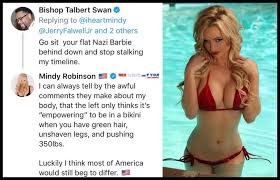 Robinson, who lives in Las Vegas, is best known for her roles in King of the Nerds and various TV reality shows.

“He was created for his role in Quest for Fire!”

“Now, why did you have to go and insult Neanderthals?!!”

As chronicled here at Subspecieist.com extensively, modern Homo sapiens have as much as 6% Neanderthal DNA.  However, some claim even more.  See our most recent article on a friend of this site, who lives up in northeastern Canada and claims over 9% Neanderthal DNA: “Living Neanderthal Man of North America reveals himself to the World.”