As we have documented here at Subspecieist.com, the KhoieSan (Khoe-san) tribes of southern African have for centuries been regarded as a distinct and unique subspecies of modern Homo sapiens.

Once close to extinction, South Africa’s first people have a new claim on life 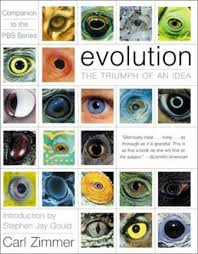 [The San] were the earliest inhabitants of South Africa. DNA evidence suggests their existence can be traced back 140,000 years here.

In his nationally acclaimed PBS series, “The Journey of Man,” 2003, Spencer Wells is quoted, that of all people on earth:

“the San are direct descendants of our oldest ancestors.”

“The Khoe-san are such a genetically distinctive people”

“one of the oldest human groups on the planet.”

Dutch science writer R.C. Camphausen has suggested that these Africans may indeed be the only remaining pure-breed: 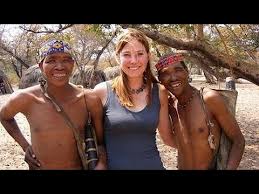 Scientists at Uppala noted specific differences with the KhoieSan from modern humans after the split, including:

skeletal development, such as bone and cartilage growth, as well as immune system and brain cell function.

On Halloween night, October 31, famed New York Times Anthropology writer, author of the new book on hereditary “She has her Mother’s Laugh,” addressed the Allen Frontiers Symposium in Seattle.  His lecture is on YouTube.  At the 34 minute mark, Zimmer says the following:

“In Africa, you can’t look at anyone in Africa today and say that they are like, some timeless primitive representative of the origin of our species.  That is kind of a racist way of looking at it. The DNA shows, that even what once were the Bushmen of the Kalahari, people like the San, they have DNA coming in Out of Africa, several thousand years ago. So, even in Africa, there’s been all this mixing.”

Steve Sailer, a right-leaning science journalist who writes for Unz.com, provided Subspecieist.com with this explanation (Nov. 14):

The Kakahari Bushmen have a little (2%) DNA descended from Middle Eastern farmers/herdsmen pushing into east Africa over the last few thousand years (what I call the ancient King Solomon Mine intrusion into East Africa that was a popular topic in the late 19th Century).

Carina Schlebusch at Uppsala University in Sweden, made a similar observation:

scientists found a small but very distinct genetic component that is shared with east Africans — for instance, the cattle-herding Maasai.

“We postulate that this east African component was introduced by east African groups that brought pastoralist practices to southern Africa,” Schlebusch said.

The admixture is from later interbreeding with extant African populations.  Zimmer seems to acknowledge this. It also does not preclude more isolated San tribes with zero or nearly zero northern admixture.  It certainly would not erase the San’s title of the closest living human specimens of original Homo sapiens.

David Siener from South Africa, a contributor to this website, who has significant KhoieSan DNA responds to Dr. Zimmer:

“These admixtures have led to the creation of several distinctive subgroups, subspecies or races. Studying the KhoiSan’s unique and very distinctive genetic coding will still teach us much about the origins of mankind.