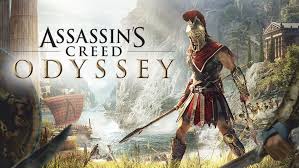 Ancestors Video Game, “from Patrice Désilets, a top computer game designer responsible for the first two Assassin’s Creed games,” made its debut on September 24.  It can be purchased at EpicGames.com

The game is receiving rave reviews across the spectrum.  DM21 Gaming a Live Game Streaming Channel on Mixer.com says:

“I cannot say enough how impressed I am with @AncestorsGame.  Polished, optimized, a true innvovation of the Survival genre.  It is an incredibly educational game, and a gift to the Gaming industry.  It won’t be nominated for #GOTY, but it should.”

But one aspect of the game might be viewed as problematic, and could even cause some controversy.  You win when you leave Africa.

‘Ancestors’: a new game provides insights into how the first humans evolved

The newly released Ancestors: The Humankind Odyssey is an open world survival game where you control a group of “hominins” – our first ancestors – and explore, expand, and lock in new knowledge so your “clan” can evolve. It takes the players from 10m years ago, and the common ancestor of both chimpanzee and hominins, to 2m years ago, when you can play as an early version of Homo erectus. The aim of the game is ultimately to evolve to the point when humans began to leave Africa.

One paragraph from TheNextWeb.com, Sept. 24 in reviewing the game, of particular interest to readers of this website:

Evolution is full of dead-ends and new species which simply died out, such as the diminutive Homo nadedi in South Africa or Homo floresiensis in Indonesia, or the Neanderthals who only survive in European and Asian DNA due to briefly interbreeding with Homo sapiens as we emerged from Africa. 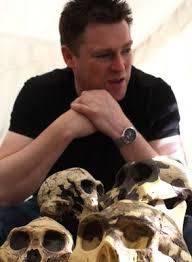 Professor of Earth System Science, UCL Mark Maslin was kind enough to send us his reactions to our article via his Twitter.

The game allows you to evolve in many ways but needs an end point as it is part of a series.  So dispersal out of East Africa at about 2 Myrs is the first end point.  In many ways what the games suggests is your African hominin is so successful that it can spread out into new lands.

What will be interesting will be how Game 2 in the series deals with the fact that new hominins seem to arise in Africa and then spread out.  Human evolution is an African success story with return genetic flows only occurring once agriculture starts – hope this helps – do email.

SIDEBAR – Aquatic Ape theory? Dr. Maslin is best known for his work on climate science and paleo-climatic environs.  He also co-authored a well-read article with someone well-known to readers of this site, in 2016, anatomist and anthropologist Dr. Alice Roberts, also from the UK.  The pair took the great BBC presenter and naturalist David Attenborough to task, in Scientific American,

Sorry David Attenborough, We Didn’t Evolve from “Aquatic Apes”–Here’s Why 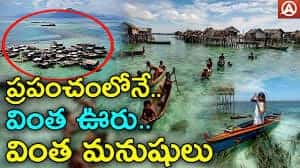 The hypothesis suggests that everything from walking upright to our lack of hair, from holding our breath to eating shellfish could be because an aquatic phase in our ancestry. Since the theory was first suggested more than 55 years ago, huge advances have been made in the study of human evolution and our story is much more interesting and complicated than suggested by the catch-all aquatic ape hypothesis.

We here at Subspeciest, authored a counter piece in March of 2019, suggesting recent evidence suggests some truth to Aquatic Ape, at least in certain modern populations.

The Bajau, previously referred to as “sea gypsies,” are capable of spending 5 hours in the water in fishing expeditions.  They spend an average of 29 seconds under water before coming up for a breath.  Researchers have found they have larger spleens than their on-shore Indonesia neighbors.  These adaptions could have come within the last 15,000 years, suggesting human evolution occurs much rapidly than previously believed.