Agustin Fuentes, Ph.D. is an award-winning celebrity anthropologist at Princeton University.  He often appears on various human evolution and anthropology podcasts, YouTube interviews, Zoom gatherings.  He gives lectures and is frequently invited on guest panels at anthropology conferences.  He has written a number of books, including his latest, “Why we Believe: Evolution and the Human Way or Being.”

“There is not a single biological element unique to any of the groups we call white, black, Asian, Latino, etc. In fact, no matter how hard people try, there has never been a successful scientific way to justify any racial classification, in biology.” — Fuentes, 2012, Psychology Today 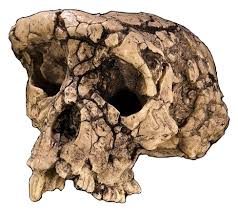 Earning his BA/BS in Anthropology and Zoology and his MA and PhD in Anthropology from UC Berkeley, he has conducted research across four continents, multiple species, and two-million years of human history.

From chasing monkeys in jungles and cities, to exploring the lives of our evolutionary ancestors, to examining human health, behavior, and diversity across the globe, Professor Fuentes is interested in both the big questions and the small details of what makes humans and our close relations tick.

In 2012, Professor Fuentes wrote a piece for the popular Psychology Today,

Race Is Real, But Not in the Way Many People Think

Busting the myth of biological race.

There is currently one biological race in our species: Homo sapiens sapiens… There is no genetic sequence unique to blacks or whites or Asians. In fact, these categories don’t reflect biological groupings at all…

There is not a single biological element unique to any of the groups we call white, black, Asian, Latino, etc. In fact, no matter how hard people try, there has never been a successful scientific way to justify any racial classification, in biology.

If one thinks that these patterns of racial differences have a biological basis—if we see them as “natural”—racial inequality becomes just part of the human experience (remember a book called The Bell Curve?). This fallacy influences people to see racism and inequality not as the products of economic, social, and political histories but more as a natural state of affairs.

Fuentes today: “I think, probably, there might be an argument for subspecies, sort of different biological lineages.”

Seth Chagi is an anthropology student and YouTube podcaster.  Within the last year, he’s had on guests such as Dr. Lee Berger and Professor John Hawks.  Dr. Fuentes was his guest on the February 25 show.

Join us today as we interview and have a chat with the wonderful Dr. Fuentes, go back in time with us as we explore the beginnings of humanity, all the way up to today and the way we view “race” and species. 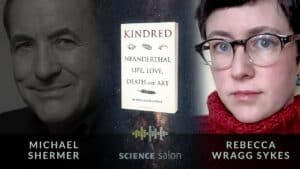 “Contemporary humans are, right, a composite, that our evolutionary history involves multiple other populations of genus Homo… mixing with the population that is currently Homo sapiens.”

At 34 minutes in Chabi asked Dr. Fuentes to name his favorite Hominin species of all-time.  Fuentes took a deep breath, took another sip of his coffee and then responded.  At first he mentioned Neanderthals and raved over the latest book by Rebecca Sykes. And then:

“My all-time favorite Hominin is Homo sapiens write large. Okay…  I’m going to say for me, Homo sapiens pretty much captures a majority of Homo populations over the last 300,000 years. I really am not a splitter when it comes to the species level distinctions.

I think, probably, there might be an argument for subspecies, sort of different biological lineages.  But I think Homo sapiens is really incredible.  [Emphasis added]

Fuentes then goes on to say how cool it would be to go back in time and spend a day with Sahelanthropus [Tschadensis from Chad], Australopithecus afarensis (Lucy discovered by Donald Johanson) and Homo naledi (discovered by Lee Berger in South Africa).

Earlier in the show, Fuentes argued that contemporary humans are a “composite” of multiple other populations of the genus Homo (Erectus, Antecessor, Habilis, Neanderthals, Denisovans), a view very similar to what we advocate here at Subspecieist.com.

UPDATE! – Professor Fuentes has responded to Subspecieist.com.  His statement to us in full, unedited: