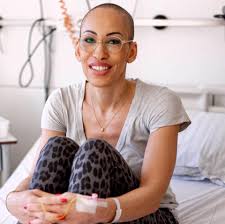 On September 6, the BBC ran a feature story on Astrid (Facebook), a 41 year old Nigerian-German, former athlete who has leukemia.

Astrid is of Nigerian and European heritage, and only 4 percent of the registered donor base is comprised of mixed race registrants.

Astrid from the BBC:

Why being Mixed-Race means I could die

“Cancer means getting to know the dark side of life. Cancer triggers anxiety.”

Astrid and her loving husband Florien, a white man, have conducted a worldwide search for a donor.  But her race-mixing parents, also known as miscegenation, has made that search nearly impossible. Florien even took a trip recently to Boston.  He expressed excitement over the Dorchester section of Boston having a “bunch of blacks.”

The Challenges of Finding a Mixed Race Bone Marrow Match 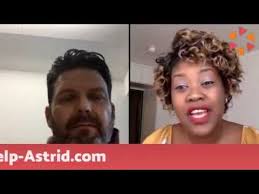 For minorities and mixed-race patients seeking a match on the registry, finding donors from a similar ethnic background can be challenging.

About 85 percent of donors are Caucasian. [Emphasis added]

“About 30 million donors worldwide. They are predominantly white…” [Emphasis added]

“two different populations.  There are clear differences in the markers. And they make the procedure between different ethnic populations difficult.”

People of Color Are Less Likely to Receive Organ Transplants

about 95 percent of Americans are in favor of organ donation, only 58 percent of them are registered as organ donors. These low donation rates are pronounced among racial/ethnic minorities.  [Emphasis added]