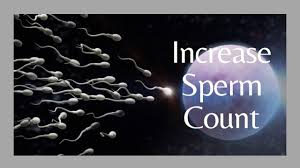 Dr. Oz under attack.  John Fetterman has been consistently ahead in the polls by liberal media firms such as CNN, CBS News, NBC News/Marist.  But his health issues still loom large.  He hasn’t been on the campaign trail.  Dr. Mehmet Oz, his Republican challenger in contrast has been meeting with voters at two to three events a day.

From independent reporter Salena Zito with the Pittsburgh Post-Gazette, Aug. 13,

If there’s one thing Mr. Oz can’t be accused of during this Senate race with Democratic Lt. Gov. John Fetterman, it’s failing to show up. He’s seemingly everywhere, except the airwaves.

In July and August, Mr. Oz has traveled by car or truck over 3,500 miles to 30 different counties making 139 stops in cities, suburbs and rural towns across the state. From the barber shops of Kensington in Philadelphia to the suburbs of Pittsburgh and all points in between, he’s been meeting voters where they are…

Lately the campaign has taken a rough and tumble turn on Twitter. Continuing:

“These are the stories people want you to hear, and my opponent is spending his time on Twitter talking about Snooki,” Mr. Oz said of Mr. Fetterman resurrecting the “Jersey Shore” star to question Mr. Oz’s residency.

The “trolling” aspect of the campaign, Mr. Oz said, is “all personality. There’s not a lot of substance there — all of his posts are sort of like thrown out there, without a lot of deep thought.”

Liberal special interest groups are scouring Oz’s background and activities, including his numerous appearances on daytime TV shows such as Oprah and Dr. Phil, looking for the slightest missteps.

Tom Nichols is a senior writer with the liberal NYC magazine The Atlantic.  From his bio: 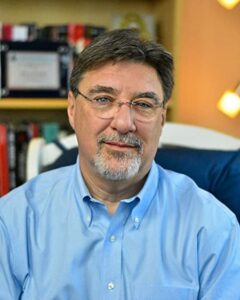 Tom Nichols is a contributing writer at The Atlantic. He was a professor of national security affairs for 25 years at the U.S. Naval War College, and is the author of The Death of Expertise (Oxford 2017) as well as books on Russia, the Cold War, nuclear weapons, and the future of armed conflict.

Nichols Tweeted out Thursday, August 17 an old Tweet from Republican for US Senate Dr. Mehmet Oz from 2009.

Ah evolution. Ugly men make more sperm than attractive men because they don’t get as many chances to deposit it.

Nichols’ ReTweet garnered over 200 responses from Twitter users, though the overwhelming majority from no-name accounts.

One of Nichol’s followers also dug up a Tweet from 2009 where Dr. Oz Re-Tweeting a female follower who joked:

RT @Tracis98: Dr Oz said if a male loses 30lbs he gains an Inch in his penis. Hmm I am going to find me a big guy and help him lose weight

Despite the snarks, the science might be solid.   Dr. Oz most likely was referring to a study also from 2009.  The authors of the study are with University College of London, published in Science Daily,

Attractive males release fewer sperm per mating to maximise their chances of producing offspring across a range of females, according to a new paper on the evolution of ejaculation strategies. The findings by researchers at UCL (University College London) and the University of Oxford suggest that, paradoxically, matings with attractive males may be less fertile than those with unattractive ones.

In a paper to be published in the journal American Naturalist, the team mathematically modelled a range of male ejaculation strategies to look for the optimum “sperm load” per mating, and how this might vary depending on mating patterns.

Evolutionary trade-off: Males allocate their sperm carefully due to finite resources “to maximize their number of offspring.” 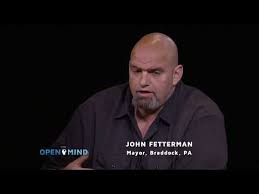 “In some species, females mate with many different males. Each male’s sperm competes with that of other males in a process known as ‘sperm competition’. Since males have finite resources to allocate to breeding, they allocate them carefully to each mating to maximise their number of offspring. If a male puts a lot of resources into each mating he will get more offspring per mating, but at the expense of fewer matings. If, on the other hand, a male puts few resources into each mating he will secure less paternity per mating, but will be able to carry out more matings overall. Thus, there is a trade-off between number of matings and success per mating.”

But there is some newer research that may counter the argument that attractive men ration sperm while ugly men prouduce exceptioinally large amounts.

According to one Harvard study from 2012,

A new study co-authored by Jorge Chavarro, assistant professor of nutrition and epidemiology at Harvard School of Public Health (HSPH), finds that overweight and obese men are more likely than their normal-weight peers to produce lower numbers of sperm, or even no sperm at all. This could increase the likelihood that they would have difficulty conceiving. While the results don’t prove that excess weight leads to fertility troubles, having a lower sperm count can make it more difficult for men to conceive.