Swedish geneticist Svante Pääbo, a favorite of this site, has been all over the media in the last few days for recognizing genetic differences among races for susceptibility to the COVID virus.  A paper has been released by Pääbo and his colleague at the Max Planck Institute in Leipzig, Germany,

The summary from Nature.com: 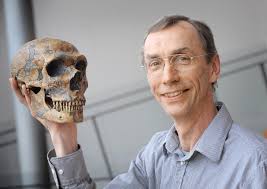 A recent genetic association study1 identified a gene cluster on chromosome 3 as a risk locus for respiratory failure upon SARS-CoV-2 infection. A new study2 comprising 3,199 hospitalized COVID-19 patients and controls finds that this is the major genetic risk factor for severe SARS-CoV-2 infection and hospitalization (COVID-19 Host Genetics Initiative). Here, we show that the risk is conferred by a genomic segment of ~50 kb that is inherited from Neanderthals and is carried by ~50% of people in South Asia and ~16% of people in Europe today.

Pääbo is quoted in the UK Daily Mail, Sept. 30:

“It is striking that the genetic heritage from Neanderthals has such tragic consequences during the current pandemic.’

Risk of Severe Coronavirus Linked to Neanderthal Genes From 60,000 Years Ago

The team suspect that in the past these genes may have proved an advantage for some people – perhaps against another pathogen. A previous study hinted Neanderthal DNA may have provided protection against ancient viruses.

This may explain why this now unfortunate variant of chromosome 3 is prevalent in some populations, like in Bangladesh, where 63 percent of people have it, but it’s almost absent in others, such as Africa.

Back in July, the Washington Post editorialized that recognizing racial differences with COVID was racist.