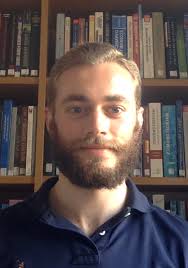 According to a new study, East Asian populations are biologically adapted to a diet high in rice or millet, and this may explain why they have low rates of type 2 diabetes.

From the Abstract, onlinewiley.com, Aug. 8:

Adoption of diets based on some cereals, especially on rice, signified an iconic change in nutritional habits for many Asian populations and a relevant challenge for their capability to maintain glucose homeostasis. Indeed, rice shows the highest carbohydrates content and glycemic index among the domesticated cereals and its usual ingestion represents a potential risk factor for developing insulin resistance and related metabolic diseases.

type 2 diabetes and obesity epidemiological patterns differ among Asian populations that rely on rice as a staple food, with higher diabetes prevalence and increased levels of central adiposity observed in people of South Asian ancestry rather than in East Asians. This may be at least partly due to the fact that populations from East Asian regions where wild rice or other cereals such as millet have been already consumed before their cultivation and/or were early domesticated have relied on these nutritional resources for a period long enough to have possibly evolved biological adaptations that counteract their detrimental side effects. [Emphasis added]

The study was conducted by an international team led by the University of Bologna.

“We suggest that it may be possible that some east-Asian populations, whose ancestors started eating rice on a daily basis at least 10,000 years ago, have evolved genomic adaptations that mitigate the harmful effects of high-glycaemic diets on metabolism,” confirms Marco Sazzini, study coordinator and professor at the Department of Biology, Geology and Environmental Sciences of the University of Bologna. “Furthermore, these adaptations plausibly continue to play a pivotal role in protecting them from the negative effects that derive from major dietary alterations brought about by the globalization and westernization of their lifestyles.

Editor’s note – Marco Sazzini recently garnered international attention for a study released in May, on Italian’s genetic diversity. The study was from the Molecular Anthropology Lab and the Centre for Genome Biology of the Department of Biological, Geological and Environmental Sciences at the University of Bologna.

This relevant excerpt from Eurekalert.org:

It is the first time that a group of scientists is able to go so back in time in retracing Italians’ genetic history. Results also show that there are some genetic peculiarities characterising people living in the north and south of Italy, that evolved in response to different environments. These peculiarities contribute to reducing, on the one hand, the risk of kidney inflammation and skin cancers, and, on the other hand, the risk of diabetes and obesity, favouring sometimes a longer lifespan.