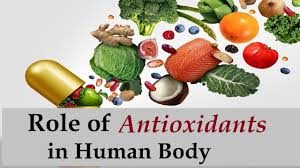 James Watson – “Unless we can find ways of reducing antioxidant levels, late-stage cancer 10 years from now will be as incurable as it is today,”

In a paper, he called “among my most important work since the double helix,” James D. Watson. Ph.D., posited a theory that links cancer progression in late stages of the disease to the presence of antioxidants.

The paper was published today in Open Biology, a journal of Great Britain’s Royal Society. According to the DNA co-discoverer and chancellor emeritus of Cold Spring Harbor Laboratory, reactive oxygen species (ROS) pose a dichotomy: They play a positive role in mediating the killing of stressed cells during apoptosis. But when no such cells exist, however, ROS’s are constantly being neutralized by antioxidative proteins, causing irreversible damage to DNA and RNA among key nucleic acid molecules and proteins.

In his latest paper, Dr. Watson theorized that the cell-killing ability of current anticancer therapies—from radiation to Taxol and other chemotherapeutic agents—occurs mainly due to the induction of apoptosis by ROS…

High levels of ROS-destroying antioxidants, Dr. Watson added, accounts for cancer cells largely driven by mutant proteins being among the hardest to produce a response via treatment.

In a 13 paragraph article, dated June 27, writer Nicoletta Linese gives no credit to Dr. Watson for his original research on the link.  Similarly, the two leading researchers,  Martin Bergö, a biologist at the Karolinska Institute in Stockholm, Sweden and Michele Pagano, a cancer biologist at the NYU School of Medicine, do not credit Dr. Watson. 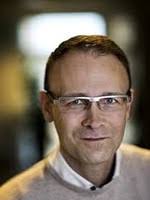 Antioxidants, once touted as a cancer preventive, may actually spur the disease’s spread. Now scientists have figured out how.

Whether taken as a dietary supplement or produced by the body, antioxidants appear to help lung cancer cells invade tissues beyond the chest cavity, two studies report online June 27 in Cell.

Now knowing how antioxidants exacerbate cancer, scientists may be able to undermine the mechanism with drugs…

“Understanding why some cancers metastasize and some don’t is one of the biggest problems in lung cancer right now,” says Roy Herbst, a medical oncologist at Yale Cancer Center.

James Watson, co-founder of the DNA double helix, should get credit for positing this idea back in 2013: https://t.co/0toOSwBDUb https://t.co/Hco3W0f4KV

Note – Robert Wargas has written for the Catholic Herald, Weekly Standard, The Spectator and PJ Media.