According to the BBC as of April 1, there are nearly 6,000 cases of Coronavirus on the African continent. 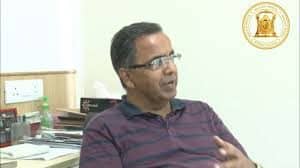 There have been 5,954 reported cases of the COVID-19 disease across Africa 204 people are confirmed to have died of it.

The number of infections lags far behind Europe…

Angola and Ivory Coast on Sunday became the latest countries to record their first deaths, bringing the number of African fatalities to around 150 of nearly 4,800 recorded cases.

Not a single African country makes it into the Top 40 of confirmed cases as of April, 3, according to worldometers.

South Africa has 1,380 cases. Egypt has 779 and Morocco 676. However, there are indications that the virus has not spread as rapidly in Africa as might have once been feared.

[Dr. Zweli] Mkhize said that the rate of infections was slower than previously anticipated, where government was expecting the tally to be in the multiple thousands already, and as high as 5,000 cases by the end of the week.

Additionally, Narinder Kumar Mehra, an Indian immunologist, cancer expert and head of the department of transplant immunology of the SRL Limited, Gurgaon, points out in theprint.in, April 2:

A look at the world Covid meter shows that there is striking variation in mortality rates across countries, ranging from 0.2% to 15% depending on age, the smoking habit and pre-existing co-morbidities. It may be too early to tell, but in general, countries in the Northern hemisphere have faced the maximum brunt, and those in the Southern hemisphere (and those located proximate to the Equator) have so far escaped high infection numbers.

Jon Entine is director of the Genetic Literacy Project.  He is also a senior fellow at the Institute for Food and Agricultural Literacy at the University of California, Davis.  In 2000, Entine authored a highly controversial but best selling book, “Why Black Athletes Dominate Sports.”

Patrick Whittle, from New Zealand, has a Ph.D in philosophy.  He is a science writer on modern biology and genetics technology.

The two gentleman penned a piece at the GLP website, March 31,

What’s ‘race’ got to do with it? Most of sub-Saharan Africa emerges as coronavirus ‘cold spot’, which may offer clues to finding COVID-19 vaccine

They pose the question:

Do diseases discriminate on the basis of ‘race’—or their genetic population, using more precise terminology?

On the surface, this may seem like an inflammatory question, bringing together the loaded term ‘discriminate’ and the contentious and the historically problematic concept of ‘race’—all set against the xenophobic backdrop of the current Covid-19 pandemic. But it’s precisely the ballooning coronavirus crisis that suggests the answer might be in part, ‘yes’.

A review of the world map of confirmed cases of the coronavirus and the deaths that it has caused shows unusual anomalies: The world’s second most populated continent, Africa, has seen the fewest number of confirmed cases, 5252, through March 30 according to the World Health Organization, despite the fact that Africa has extensive trade and travel relations with China, where the outbreak originated. The number of death per capita in Africa is among the lowest in the world.

47 of Africa’s 54 countries have recorded cases; about half have 20 or fewer cases. The number of deaths attributed to the coronavirus, 174, is a tiny fraction reported across most of the world. The are most affected extends across North Africa, with Morocco, Algeria, Tunisia, and Egypt accounting for about half of the continent’s reported cases. Based on reported cases, sub-Saharan Africa has been spared much of the scourge for the most part except for South Africa… [Emphasis added]

So, what might cause such a differential among populations.  Entine and Whittle assert, “ancestry matters.”

HIV provides a good example–especially as the genetic variants that increase susceptibility to the HIV virus among modern sub-Saharan Africans are believed to be the result of natural selection for genes that reduced vulnerability to malaria in an ancestral population. By extension, different genetic variants, selected for different reasons in ancestral African populations, could possibly account for the apparent reduced vulnerability to Covid-19.

Finally, Entine and Whittle mention a subject matter that has been widely covered here at Subspecieist.com:

there is an important reason why African populations are more likely to be a source of any such genetic variants–namely, because Africa, as the ancestral home of our species, contains more human genetic diversity than anywhere else on the planet, and also carries genes from ancient ‘ghost populations’. Or, put another way, the genetic variety of all non-African human populations is a mere subset of the wider diversity evidenced in today’s African populations.

According to the prevailing ‘Out of Africa’ theory, the major expansion of modern human beings across the globe occurred within the last 100,000 years. And recent genetic research demonstrates that these human populations encountered and interbred with other closely related human groups, acquiring advantageous genes as a result (e.g., genetic defences against viral infections picked up from Neanderthals, or the ability to cope with high altitudes acquired from Denisovans). And yet this has only occurred within the last tens of thousands of years–by contrast, humans and their close relatives have existed in Africa for millions of years.