“CRISPR represents a major threat to human diversity. Selecting for one trait, by definition, means selecting against others; reducing variability” — Adam Benton, Asst. Professor of Anthropology at Univ. of Liverpool, England – FilthyMonkeyMen.com

Gene editing tech called #CRISPR could be as transformative as the internet. Allowing humans to control our own evolution. So excited to announce our CRISPR doc film called "Human Nature" will premiere at @sxsw. Please sign up on our website for more info. https://t.co/OTzJAdlhHD

The film has been shown to private audiences in North Carolina and Austin, Texas.  It is now slated for wider audiences.  A major review out today by Courtney Klotz at genengnews.com.  July 1, “Scenes from the Cutting Edge”:

As the managing editor of The CRISPR Journal, I consider myself to be a science communicator. When not wrapping up my PhD in Rodolphe Barrangou’s lab, I work to promote science education in hopes of furthering the dialogue on genome editing. However, none of my efforts come close to achieving what filmmaker Adam Bolt has done with his documentary, Human Nature.

As Klotz notes, the film includes: “Jennifer Doudna, Feng Zhang, and George Church: pioneers in the field, experts in the technology…” 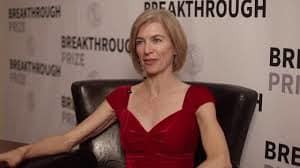 As a biochemist, Jennifer Doudna says she only intended to develop a tool for the lab but is acutely aware that what her group helped create is something that “fundamentally allows us to change our relationship with nature.”

Of special interest to readers of this site:

As the genome editing field advances, [Fyodor] Urnov cautions, people will be able to change their genetic makeup… We already know genes that can increase muscle mass, decrease the need for sleep, and even eliminate pain. Urnov foresees the usage of gene editing to eliminate pain associated with late-stage cancer, but what about enhancing special forces soldiers to make them immune to torture?

Of course we want to eradicate diseases, but what about hair or eye color? Height? Intelligence?

John Sterling, editor-in-chief at GenEngNews adds in a separate piece:

the movie visually reinforced for me what an extraordinary technology CRISPR is… the film also covers more controversil possibilities, such as creating humans solely for blue eyes, tall and muscular bodies, or increased intelligence… before we get carries away, perhaps we should revisit cautionary tales like Jurassic Park…

Jurassic Park, is a reference to the Woolly Mammoth Project underway to bring back the extinct pachyderm using similar technology.

Genetic Literacy Project, June 21, gave a synopsis of the film:

Not yet released, the film has already received high praise and touted as “the best CRISPR primer yet.”

Human Natureplunges headlong into the nuances of microbial immune systems and the surprising and serendipitous path of discovery by talking to the scientists whose research made all this possible… How will this new power change our relationship with nature? What will it mean for human evolution?

A note of sincere thanks to Adam Bolt (director), Dan Rather (producer), Ron Vale, and Elliot Kischner (producer) of "Human Nature"- a film about genome editing, CRISPR-Cas9, and what this means for us as a species. It premiered today at #SXSW https://t.co/MOv5oS05nu pic.twitter.com/1yPmVnFXhu