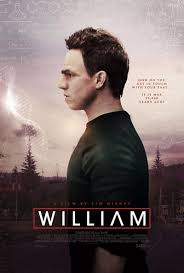 “Perhaps we can create… a modern human with high content Neanderthal”

University of California – San Diego held a conference (YouTube) on the newly released movie by Tim Disney (grand-nephew of Walt) “William.”  As chronicled here at Subspecieist.com, the film looks into the possibility of birthing a Neanderthal boy in a laboratory and what his life would be like in a modern world.

Halfway through the panel discussion, a question from the audience prompted Anthropologist Pascal Gagneux to downplay the possibility of fully bringing back Neanderthals from ancient DNA.  Dr. Gagneux asserted that his colleague geneticist Svante Paabo now realizes it would be impossible.  “Last time I saw him last year, he said, you know, at a max you would reach 40% of the Neanderthal genome… so you couldn’t breed a Neanderthal because you couldn’t retrieve the other 60%.”

“I would add to that. But we can fix your question by saying what about the hybrid.  Perhaps we can create a human, a modern human with high content Neanderthal.”

Muotri (UCD bio), was recently in the news for creating “mini-brains” from Neanderthal DNA. 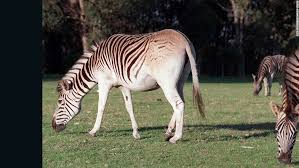 “For most of our history, Homo sapiens haven’t been the only humans on the planet. At least half a dozen other species are members of the genus Homo, all now extinct. Our closest evolutionary kin, Neanderthals, died off only about 40,000 years ago and shared many traits with us, including large brains.

Until recently, we couldn’t really get inside the heads of Neanderthals, except by studying the structure of their skulls and their artifacts, which can provide clues to cognitive processes. Now, at least two labs are growing Neanderthal “mini-brains” — rudimentary, 3D brain organoids roughly the size of a pea and grown in petri dishes from stem cells.”

“Well, that’s what happens at the end [of the movie.]

“it’s kind of happened.  But not really. So, the Quagga went extinct in 1883 I believe.  So, this was like a half-Zebra, half-Horse.  The back half has all these stripes.  And there’s this person in South Africa who kept breeding zebras, the most Quagga like Zebras, again and again and again and again and again.  And in the early 2000s, he has these zebras that look just like quaga. They’re not Quagga because he’s only going by phenotype… he’s not getting the full Quagga.  There’s this particular one Henry… but his brothers and sisters just look like typical zebras.  So, it’s kind of hit or miss.”

Note – Backbreeding has also been very successful with bringing the Aurochs (extinct bovine-cow species), across Western and Central Europe.