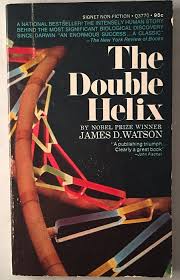 Faithful inheritance of parental characteristics by offspring is essential for biological evolution. The nature of the cell’s hereditary material was identified as nucleic acid (DNA) in 1944. In 1953, James Watson (born in 1928) and Francis Crick (1916-2004) made the greatest biological discovery of the 20th century when they solved the structure of DNA, a discovery that also indicated how DNA replicates and transmits genetic information from generation to generation.

DNA is a long molecule made of four sub-units A,T,G,C. Genetic information is encoded in the linear sequence (genes) of these subunits, dictating the structure/activity of all cell proteins, including all enzymes, thereby controlling the activities of the cell. Understanding DNA unlocked the secret of the molecular logic of life.

Now in a major speech upon receiving an award, presented at the University of California-San Diego (CARTA), October 7, “Into the Future with CRSPR,” Jennifer Doudna, said the following:

I love chemistry and I love mathematics… it seemed like kind of an adventure I was embarking on… something I love about science.  It goes in directions I think none of us can really predict… I wanted to share… being involved in a field that very quickly, before any of us could get our heads around it, was going in directions that we realized was going to have profound impacts in the future for everyone. And having to grapple with that. And think about where we’re going with this technology, ya know, as a species, where we are going with a very powerful tool, that allows us to alter the DNA sequences of cells and organisms including in ourselves, and really control evolution in that way.  It’s really a profound thing to think about.

Doudna goes on to give some personal background: 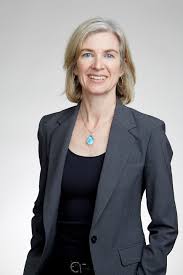 My Dad was a professor of literature at the University of Hawaii. And he read a lot of books.  He wasn’t a scientist, but he liked a lot of science books. One day I came from home and I saw this in my room.  This was really one of the first books that I read about science.  And if you’ve read Jim Watson’s book The Double Helix, you know it’s a story of the discovery of the structure of DNA.  But it’s also a story of the very human aspects of doing science. And I still remember being incredibly surprised to read this book.  You know I was used to reading kind of dry textbook descriptions of science.  And this book for the first time made it seem like kind of a very human endeavor, with, ya know peoples’ foibles and sort of the process of discovery being described in a way that I hadn’t been able to imagine before. So, this really captivated me and I would say in no small way contributed to my interest in applying the study of chemistry to biological systems.

Doudna goes on to describe how she landed at the University of California at Berkeley to study how cells “control the process of genetic information.”

The full length 50 minute speech can be viewed at YouTube.

Over the past 4 to 5 years, Dr. Watson has been dethroned and stripped of all honorary titles and awards for politically incorrect statements he had on racial differences in IQ.

Watson’s accomplishments, including his role in the discovery of DNA’s double helix structure, have long been overshadowed by his “unsubstantiated and reckless personal opinions,” as a CSHL statement describes. In 2007, he told former protégé Charlotte Hunt-Grubbe that he was “inherently gloomy about the prospect of Africa [because] all our social policies are based on the fact that their intelligence is the same as ours, whereas all the testing says not really.” … In a recent interview featured in the new PBS documentary… Watson was asked if his thinking on the relationship between race and intelligence had shifted. The now 90-year-old doubled down, replying, “No, not at all,” before adding that he attributed purported variations in “the average between blacks and whites on I.Q. tests” to genetics.

The Crucifixion of James Watson

The various reports and commentary filtering though the groupthink media illustrate the disingenuous thinking behind them: that while they assert that stupidity “should not be” linked to genes, the actual evidence suggests that intelligence indeed is.  Science, math, and statistics draw conclusions based on not what ought to be, or what will not offend, but what is.