Experts are now estimating Africa’s population could be as high as 2.5 to 3.5 billion people by 2050.  Some estimates are as high as 4.5 billion.

From The Economist, Special Report, March 2020: 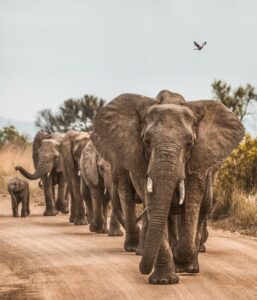 Sub-Saharan Africa’s population is growing at 2.7% a year, which is more than twice as fast as South Asia (1.2%) and Latin America (0.9%). That means Africa is adding the population of France (or Thailand) every two years. Although Asia’s population is four times bigger, almost two children are born each year in Africa for every three in Asia. Most experts agree that, if it continues at its current growth rate… Africa’s population will double by 2050.

Nigeria alone could have a staggering population of 400 million.  Lagos, the largest city in the world, is estimated to be at present, 30 million inhabitants.

Ironically, the World’s overall population growth is tapering off, with lower fertility rates in Asia, Europe and the Americas.

However, Africa is a huge exception.  Continuing:

Africa is the only world region projected to have strong population growth for the rest of this century. Between 2020 and 2100, Africa’s population is expected to increase from 1.3 billion to 4.3 billion. Projections show these gains will come mostly in sub-Saharan Africa, which is expected to more than triple in population by 2100.  [Emphasis added]

Zimbabwe, a Sub-Saharan nation which won it’s independence from Britain in 1990, has a current population of 14.5 million.  The population growth rate is 2.35% according to the state news agency, New Ziana.

At the current growth rate, it is estimated that it will take 29.4 years for the country’s population to double.

Zimbabwe’s growth rate already appears to be having disastrous consequences for the country’s unique fauna and animal population.

Zimbabwe and neighboring Botswana have the largest elephant populations in the world.  There are an estimated 100,000 elephants in Zimbabwe, most of them located in the Huange National Park reserve.

In March of 2021, the IUCN (International Union for Conservation of Nature) out of Switzerland, designated the elephant population to be on their Red List as

According to their report:

Following population declines over several decades due to poaching for ivory and loss of habitat, the African forest elephant (Loxodonta cyclotis) is now listed as Critically Endangered and the African savanna elephant (Loxodonta africana) as Endangered on the IUCN Red List of Threatened Species™. Before today’s update, African elephants were treated as a single species, listed as Vulnerable; this is the first time the two species have been assessed separately for the IUCN Red List, following the emergence of new genetic evidence.

Amid this designation and other reports of the endangerment of the worldwide elephant population, Zimbabwe has announced it is lifting the ban on elephant hunts for prized ivory tusks.
From QuartzAfrica.com,  May 1, 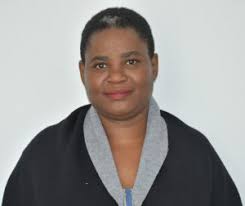 A recent announcement that Zimbabwe’s wildlife agency plans to sell the right to shoot 500 elephants this year has revived a bitter debate over the role of hunting in the country’s public parks…
The hunting rights for the elephants will range from $10, 000 to $70,000 depending on the size of the animal. Hunting season starts in April and lasts until October… who pay for the privilege to take their tusks home as trophies.
CNN notes, April 22:
The announcement comes just weeks after the African forest elephant was declared critically endangered and the African savanna elephant was declared endangered.
Simiso Mlevu, a spokeswoman for the Center for Natural Resource Governance, a Zimbabwe environmental and human rights advocacy group, said the decision to allow elephant hunting was “appalling.”
Spokeswoman Mlevu (photo) hints at increasing human – elephant conflict, nothing that the “practice that agitates wild animals and escalates human-wild life conflicts.”  Further, that it’s not uncommon for the elephants to “mete out vengeance on the hapless local villagers.”
Such conflicts will no doubt increase as the African continent reaches a human population of 4 billion in the coming two decades.