Homo erectus DNA confirmed! “we predict that 1% of the Denisovan genome was introgressed from… archaic hominin ancestor…  [which] in turn, introgressed into modern humans and continue to exist in the genomes of people alive today.”  — Melissa Hubisz, Cornell Univ. 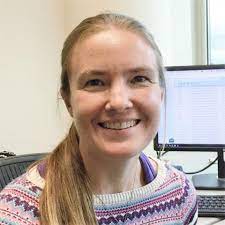 Computational genetics researchers are making substantial progress in mapping the archaic genome of modern Asians and Southeast Asian islanders.  At least three separate teams within the last two years have reached very similar conclusions.  It is now virtually confirmed, that 1% of the modern Asian/Southeast Asian Islander genes come from a Superarchic Hominid species.

Chris Stringer, Director of the Natural History Museum in London, collaborated with João C. Teixeira, and 10 other geneticists and paleo-anthropologists on a recent study of Homo luzonensis and Homo floresiensis.

To query this apparent disparity between fossil and genetic evidence, we performed a comprehensive search for super-archaic introgression in >400 modern human genomes, including >200 from ISEA. Our results corroborate widespread Denisovan ancestry in ISEA populations, but fail to detect any substantial super-archaic admixture signals compatible with the endemic fossil record of ISEA. 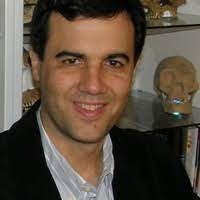 Roberto Sáez is a Teacher training certificate in human origins and evolution by the Spain’s National University of Distance Education.  He is also the author of Evolución Humana.  He is involved in some of the most important human fossil archaeological digs in Spain. His blog is Nutcracker Man.

As Sáez points out in a blog post March 2021, the researchers failed to find any evidence of direct interbreeding between the Superarchaic and the two Southeast Asian island Hominids.  However, a trace of a more distant interbreeding event is present.

The search for Denisovans in Southeast Asia islands: links with endemic super-archaic hominins and with modern humans

modern human genomes carry traces of super-archaic ancestry that are embedded within introgressed Denisovan sequences (having previously been derived from ancient admixture events between Denisovans and an unknown super-archaic source), and these segments were detected in this study, as in previous works.

Additionally, he raises the intriguing possibility of admixture from the Superarchaic in another Southeastern Asia Island population.

Could H. floresiensis and H. luzonensis admix with the ancestors of modern populations now living in ISEA? Traces of interbreeding between super-archaic hominins and more derived hominin species have been detected in Altai Denisovans and, potentially, in modern Andamanese populations.

Another computational genetics team led by Alan Rogers of the University of Utah suggest a timeline for Superarchaic introgression into Denisovans.  They also hint strongly in the suggested timeline, that the Superarchaic is Homo erectus.

Note – the timeline for the existence of Homo erectus fits quite comfortably with this hypothesis: “Between about 1.89 million and 110,000 years ago.”  Source: Smithsonian Institute.

Rogers studied the ways in which mutations are shared among modern Africans and Europeans, and ancient Neanderthals and Denisovans. The pattern of sharing implied five episodes of interbreeding, including… interbreeding over 700,000 years ago between a distantly related “super-archaic” population which separated from all other humans around two million years ago, and the ancestors of Neanderthals and Denisovans.

The researchers also proposed there were three waves of human migration into Eurasia. The first was two million years ago when the super-archaics migrated into Eurasia and expanded into a large population. Then 700,000 years ago, Neanderthal-Denisovan ancestors migrated into Eurasia and quickly interbred with the descendants of the super-archaics. Finally, modern humans expanded to Eurasia 50,000 years ago where we know they interbred with other ancient humans, including with the Neanderthals.  [Emphasis added] 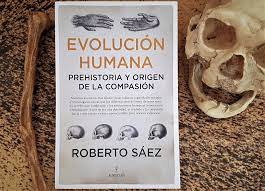 [We used] an extension of the ARGweaver algorithm which can be applied under a user-defined demographic model including population splits and migration events. Given genome sequence data from a collection of individuals across multiple closely related populations or subspecies…

we predict that 1% of the Denisovan genome was introgressed from an unsequenced, but highly diverged, archaic hominin ancestor. About 15% of these “super-archaic” regions—comprising at least about 4Mb—were, in turn, introgressed into modern humans and continue to exist in the genomes of people alive today.

Roberto Sáez who has a direct line to Chris Stringer, has been keeping on top of all the latest Denisovan – Asian/Southeast Asian islander research.  He seems to be the one person, besides Stringer himself, who has fit all the pieces of the puzzle together.

Yes or even previous.